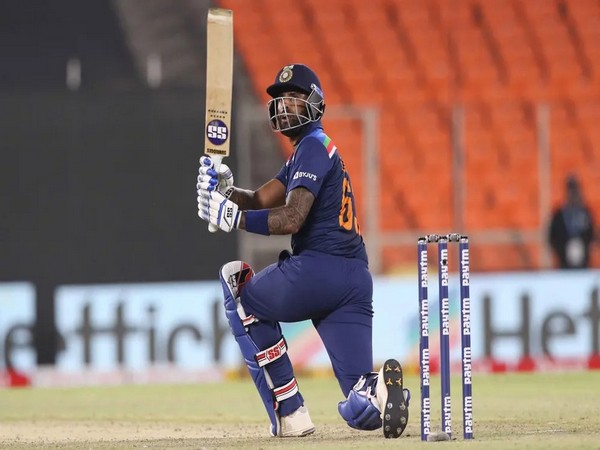 Dubai, UAE - September 29, ANI : Indian cricketer Suryakumar Yadav is excited to feature in the upcoming ICC men's T20 World Cup and the batsman wants to smash balls out of the stadium when he takes the field in the showpiece event in October.India opener Rohit Sharma earlier in the day said every member of the team will give everything to clinch the upcoming T20I World Cup.Rohit was the part of the Indian side which lifted the 2007 ICC World T20 trophy. The final of the tournament was played between India and Pakistan at the Wanderers in Johannesburg.Recalling the feat, the India vice-captain shared the picture from the winning moments on Wednesday."Sep 24th, 2007, Johannesburg. The day when a billion dreams came true. Who would have thought back then that a relatively inexperienced, young team like ours would end up creating history!! It's been 14 years since, we've come a long way, we've created many more histories, we've had our setbacks, we struggled, but it didn't break our spirits. Because we never give up. We give it all!!!" Rohit captioned the post.