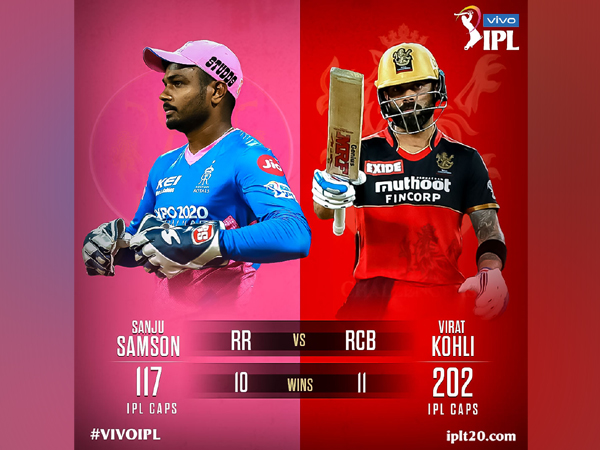 Dubai, UAE - September 29, ANI : Royal Challengers Bangalore, RCB, captain Virat Kohli won the toss and elected to bowl against Rajasthan Royals, RR, in their Indian Premier League, IPL, encounter here at the Dubai International Stadium on Wednesday.Speaking at the toss, Virat Kohli said: "Going to bowl first. Feel like the pitch remained good in the last game. If you get off a decent start you can get runs consistently. Feel as a batting unit we're doing a good job and want to continue that. Want to provide our bowlers with the conditions - it's a new pitch. We asked for the guys to be brave in crunch moments and they showed that in the last game. I feel like I'm hitting the ball the best I have in a while. Just one change: Garton makes his IPL debut in place of Jamieson."Rajasthan Royals, RR, captain Sanju Samson said: "Wicket is nice. Lot of people who have batted first and won the game at this venue. As a team we were a bit down. Had a long chat yesterday. Revisited the purpose of playing the game. Lots of supporters back home. Karthik Tyagi comes in place of Jayden Unadkat."