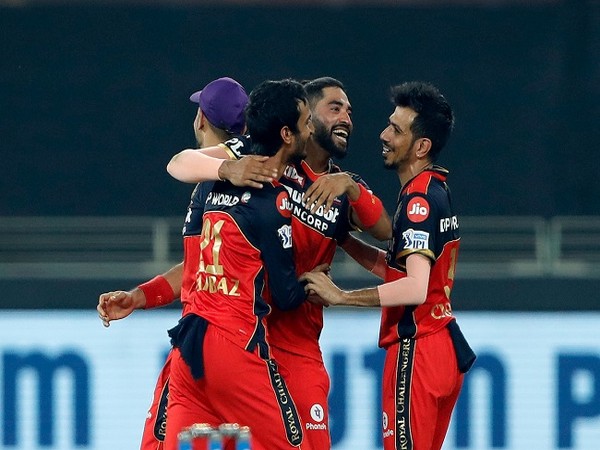 Dubai, UAE - September 29, ANI : Yuzvendra Chahal and Shahbaz Ahmed picked two wickets each as Royal Challengers Bangalore, RCB, restricted Rajasthan Royals, RR, to 149/9 in the Indian Premier League, IPL, encounter here at the Dubai International Stadium on Wednesday.Rajasthan Royals were 100 for 1 at one stage before RCB bowlers stole the show to script a comeback. Morris did try to slog few balls but Harshal Patel removed him in the last over. Harshal was the pick of the bowlers as he picked three wickets.Put into bat first, Rajasthan Royals got off to a solid start as Yashasvi Jaiswal and Evin Lewis smashed four fours and as many sixes in the first five overs.