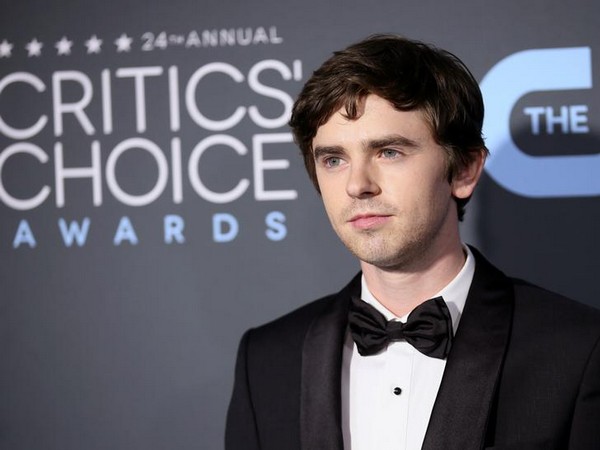 Freddie Highmore reveals he got married during 'Jimmy Kimmel Live!'

Washington, US - September 29, ANI : British actor Freddie Highmore recently stopped by 'Jimmy Kimmel Live' on Monday night and casually revealed that he recently tied the knot.According to The Hollywood Reporter, during the interview, Kimmel noticed that Highmore was wearing a wedding band. "Yes, it is a wedding ring. You're very perceptive," the actor responded as the audience and Kimmel congratulated him.He continued, "It's funny. Ever since I've been wearing this ring people have been asking me if I'm married. So I figured I should clarify it.""I'm not gonna jump up and down on the couch on the talk show and express my excitement that way. I know that you do that in America," Highmore said, poking fun at Tom Cruise announcing he was in love with then-girlfriend Katie Holmes on The Oprah Show in 2005. He added, "But I'm as happy as a Brit can be. I'm married to a very wonderful woman now. So, yes, I feel very happy."The 'Good Doctor' actor confirmed his wife is also British, but he did not reveal her name or any wedding details.