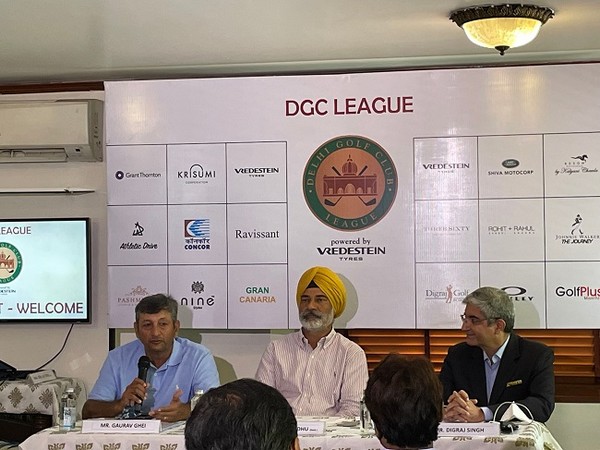 New Delhi, India - September 29, ANI : Young Indian golfers will be eyeing to make a mark in the maiden edition of the 'Delhi Golf Club League' which gets underway from October 14.The 'Delhi Golf Club League', a brainchild of the Golf Committee of India's second oldest Golf Course, will be played at the par-72 facility from October 14-31.The DGC League will feature 18 teams locking horns for supremacy. Each team comprises 18 players supported by one Mentor and one Coach. The tournament will be played on a four-ball better ball Matchplay Format."DGC as an Institution has given India 14 Arjuna Awardees in Golf and numerous champions, something we are proud of. This legacy and vision to continue nurturing champions drives us to create and support events which enable talent development and the DGC League is a step in that direction" said DGC president Manjit Singh in a statement."Golf Leagues have been conducted successfully at leading clubs in India and we have taken into account best practices to create a structure which will help the entire golfing ecosystem. The mentoring programme of the league has some of the Finest Golfers in India sharing their knowledge and expertise with all the members, a fantastic learning opportunity for the members, especially the Juniors" said the Captain of DGC, Maj Gen AP Dere, Retd, ."For a golf club, it is essential to have both competitive spirit and camaraderie amongst the members. The DGC League has several strong elements which bind the community together and we are already seeing that happen" said Lt Gen Balbir Sandhu, Chairman of the Tournament Committee and the driving force behind the League.Some of the biggest names in the golfing world who have honed their skills at the Delhi Golf Club, are involved with the League at different levels, including four Arjuna Award winners namely Shiv Kapur, Ali Sher, Nonita Lal Qureshi and Amit Luthra.